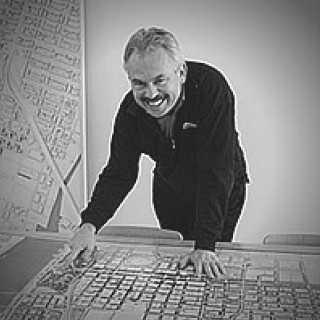 In 1990, he co-founded the City of St. Louis’ first Urban Design Department and from 1993 – 2000, John was the Director of Urban Design for the City of St. Louis. John is a highly experienced, skilled, and effective convener and facilitator of the public participation approach to design and planning projects. He has authored, managed, and facilitated over two hundred public meetings, workshops, and charrettes.

He holds certificates as a Charrette Practitioner and Manager by the National Charrette Institute (NCI) and in public engagement by the International Association of Public Participation (IAP2); bringing the core values of integrity, openness, clarity, and transparency to the public planning process while building trust and credibility as well as ensuring that all affected parties are engaged in public decision making processes.

John also holds a certificate in form-based codes and general design standards for communities across the Midwest and South, including the development of the Central West End | Midtown Sustainable Development Form-Based District in 2013; it was adopted and is the first form-based code in the City of St. Louis.