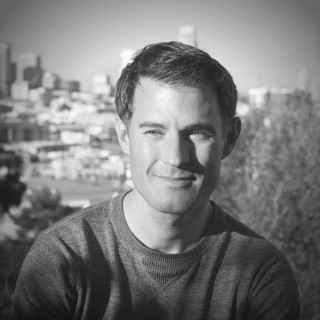 Mike Lydon is a Principal of The Street Plans Collaborative, an international award-winning planning, design, and research-advocacy firm based in Miami, New York City, and San Francisco. His work has been featured in NPR, The New York Times, CNN Headline News, ABC News, City Lab, Smithsonian Magazine, Salon, Next City, and Architect Magazine, among many other national and international publications.

Before launching Street Plans in 2009, Mike worked for Smart Growth Vermont, the Massachusetts Bicycle Coalition, and Ann Arbor’s Get Downtown Program. From 2006 – 2009 Lydon worked for Duany Plater-Zyberk and Company (DPZ), an international leader in the practice of smart growth planning, design, and research techniques.

Mike collaborated with Andres Duany and Jeff Speck in writing THE SMART GROWTH MANUAL, published by McGraw-Hill in 2010 and named one of the top ten planning books of 2010 by Planetizen. He is also the creator and primary author of the The Open Streets Project (2012), the co-creator and editor of The Mercado Project: Lessons from 20 Markets Across South America, and the globally acclaimed, four-volume Tactical Urbanism digital publication series (2011 – 2014). With Tony Garcia, Mike is co-author of Tactical Urbanism: Short-term Action for Long-term Change, published by Island Press in 2015 and named by Planetizen as one of the top 10 planning books of the year.

Mike currently serves on Transportation Alternative’s Executive Committee for the New York City Harbor Ring project, is an advisor to the Bicycle Coalition of Maine, and sits on the Board of the Center for a New American Dream. He received a B.A. in American Cultural Studies from Bates College and a Masters in Urban Planning from the University of Michigan. He lives in Brooklyn, New York and encourages you to trade four wheels for two.